A better understanding of light pollution 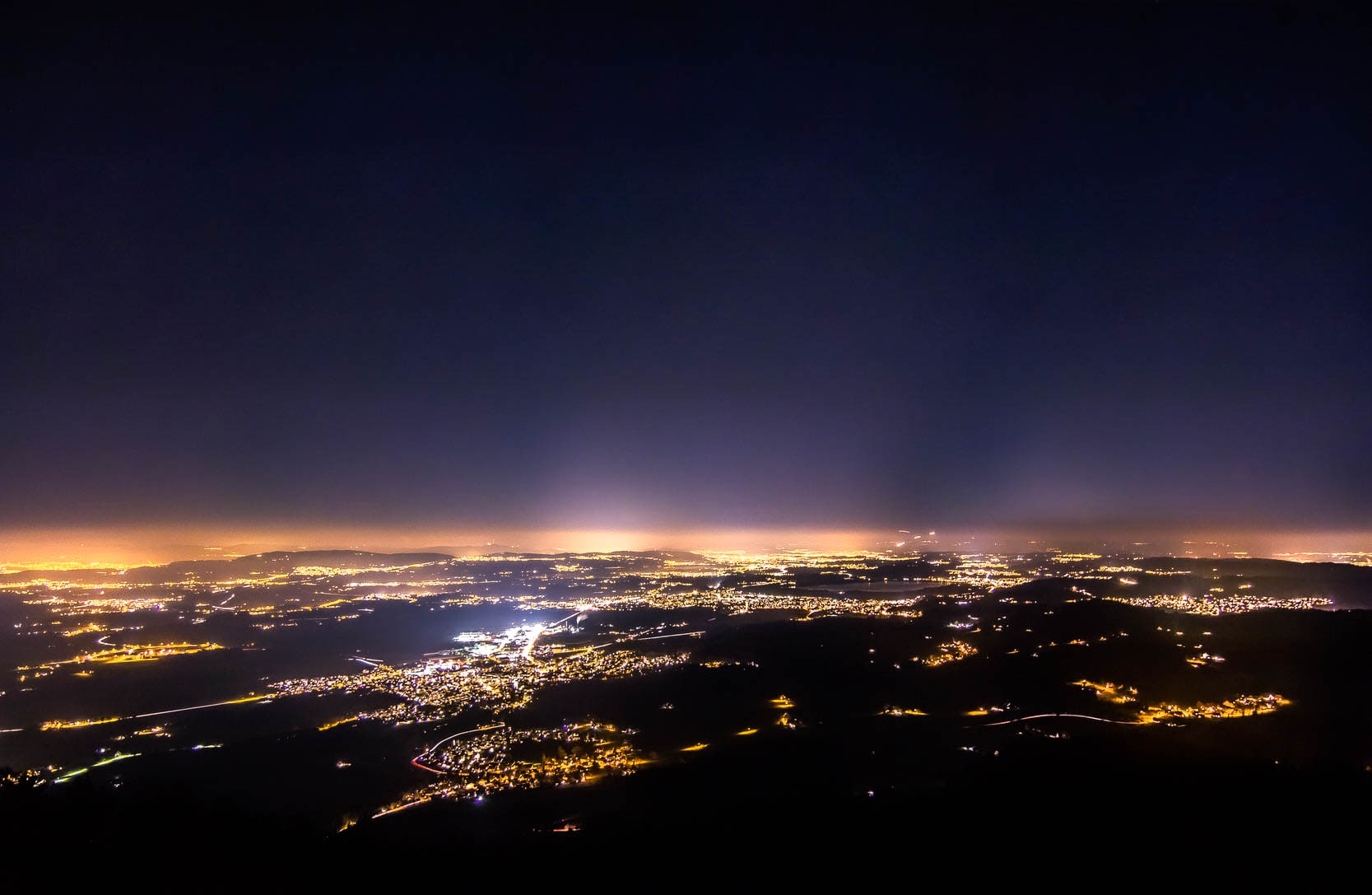 However, the impacts of light pollution on our environment are real. The awareness of this issue is relatively new, so it remains mysterious for many people. In this article, you will learn about light pollution and possible solutions to minimize its impacts.

Light pollution is the projection of artificial light into the sky, making it difficult or impossible to see the stars at night. Did you know that 80% of the world’s population lives under a sky polluted by artificial light? For Europeans and Americans, this percentage even reaches 99%! Furthermore, most human beings will never be able to contemplate the Milky Way or the Zodiacal light. These luminous phenomena which are visible in the night sky, can only be observed in the most isolated areas of the globe, where light pollution is absent or very low.

Light pollution is increasing at a rate of 2.2% per year worldwide and causes all sorts of problems, such as economic, ecological and astronomical.

The impacts of light pollution

Since light pollution is relatively new, we are only beginning to understand its impacts on ecosystems. Notwithstanding this fact, many specialists and researchers have started to sound the alarm to ask governments to put in place measures to limit the damage of light pollution.

Fauna is strongly affected by artificial lighting at night. For nocturnal animals for example, predators use the darkness to hunt and prey use it to hide! As a result, the environment of these animals is severely influenced by humans, as their nighttime activity period is now shifting to daytime due to the amount of lighting present.

Migratory birds are also severely affected by this type of pollution. When night falls, these birds must orient themselves with the light of the moon and the stars. The nighttime light from cities attracts birds to a dangerous environment of illuminated skyscrapers. In Toronto, light pollution is responsible for the death of tens of thousands of birds per year, according to the Fatal Light Awareness Program.

Often, the excessive use and the misuse of lighting cause us to direct light towards the sky for no reason, which makes us waste energy and financial capital. In Quebec, it is estimated that it costs $45 million per year to light the sky. Light pollution has then an important economic weight in Quebec, if we consider that this amount could be reinvested for a better and more environmentally friendly lighting. For the United States, the cost of light pollution is $7 billion per year!

A significant impact on science

Astronomy is a science that is directly affected by light pollution, because the stars are much more difficult to study near large cities where light pollution is strong. This is why astronomical observatories are located relatively far from these cities. Finally, the fact that the stars are less and less present in the night sky near the cities, makes that there are fewer and fewer amateur astronomers. Already in 2003, the British government recognized that there is a link between the lack of interest in astronomy and light pollution.

How is light pollution produced?

Now that we know the impacts of the phenomenon of light pollution, it’s important to know how this is produced. The first cause is the lighting directed towards the sky. In fact, many street lamps and other light sources direct light inefficiently. They should direct the light only to the area in need of light.

Quebec is a major emitter of light pollution in Canada, for two reasons. First, the very low cost of energy means that people and businesses in the province can afford to install more artificial light. Second, there are currently very few government regulations governing artificial lighting in Quebec. Some regulations are in place near astronomical observatories, but it seems that these are very little respected.

With all these problems that light pollution creates, a question arises: is it possible for governments to ensure safe and useful lighting for the population while limiting light pollution? Yes, it is!

First of all, intelligent lighting could prove to be an effective solution in the fight against light pollution. Indeed, programming night lighting with intelligent control systems would ensure that only the amount necessary for the city’s safety and operation would be on during the night. For example, an intelligent street lighting system would ensure that street lights would only be activated when cars are on the portion of the road to be lit, and would remain closed when they are not.

As mentioned earlier, many street lights do not effectively redirect light. Ideally, streetlights should be able to direct light properly so that it is not wasted. In addition to reducing light pollution, these streetlights would limit the intrusive lighting that disturbs those who live near roads. To do this, investing in lighting sources that effectively direct artificial light to the areas to be lit would greatly reduce the amount of light projected toward the stars.

We can help you reduce your ecological footprint!

To function it is sure that the cities cannot do without artificial lighting. It ensures the safety of the population and allows them to remain in activity during the night. With the impacts that this form of pollution plays on the environment, the need for cities to rethink their lighting systems is increasingly considered.

Offering a range of specialized products and services, LUX Lighting Solutions has the expertise for all your smart and environmentally friendly lighting projects. Please contact us to learn more about how you can give back the stars to the night!

Up to 10 years on some products

According to product availability

The brilliant partner behind your projects

You are our priority